malaysia has its share of beautiful temples and penang is one of the places to go to see these structures.  docgelo, tina, gabby and i started our day early to visit the temples.  we headed off to air itam by taxi, where the largest buddhist temple in southeast asia, the kek lok si is located.

the “temple of supreme bliss” was started during the late 1800’s and visitors have to ascend a flight of stairs to reach the top.  there were souvenir stores along the pathway leading to the temple but most of them were still closed when we got there.  the temple itself was also still closed  (we were quite early being there) so we were just able to take pictures of the outside.

the temple has a main seven-storied pagoda known as the pagoda of 10,000 buddhas which we were not able to view. docgelo told me he will go back to the place next time so he can take pictures of the interior.

we boarded the efficient rapid penang bus to reach another temple built during the early 1800’s, the dhammikarama burmese temple that houses a tall marble-made golden buddha. 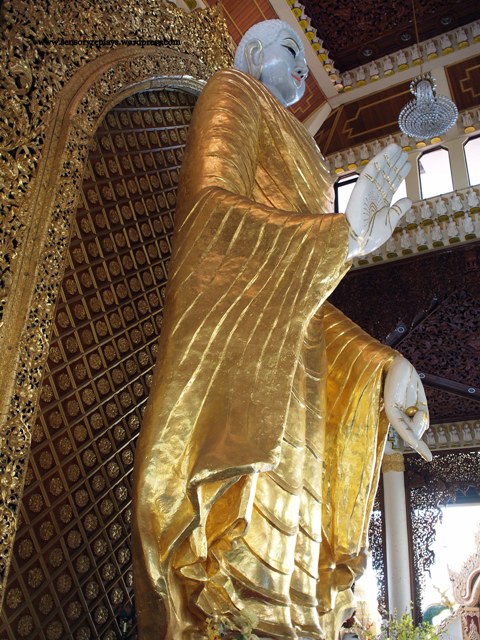 the design of the interior around the buddha is so intricate and very detailed. i took a shot of the ceiling which is beautifully designed. 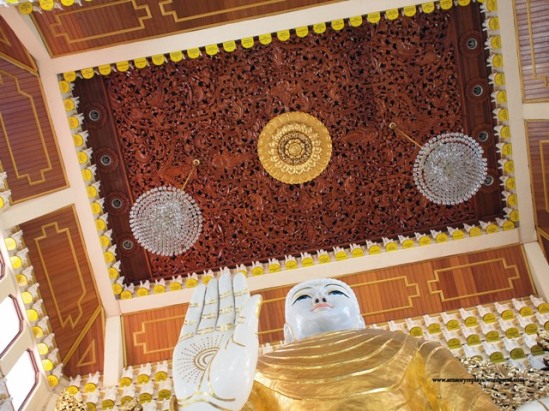 just opposite dhammikarama is wat chaiyamangalaram, a thai temple with a reclining buddha which is said to be third of the largest in the world. 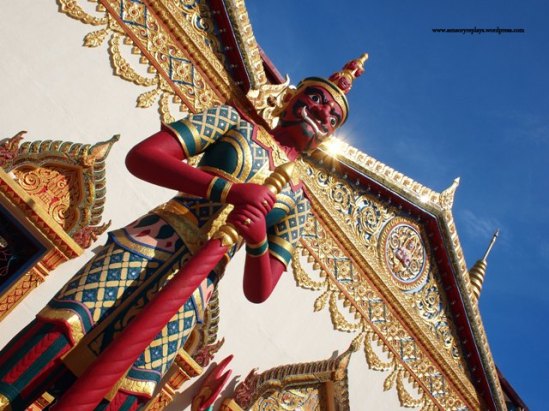 docgelo took a picture of me with his wife and son. it was a memorable time for me visiting penang with him and his family.

thanks doc for the tour! a day in penang is not enough but i enjoyed it a lot. if everything goes well back here at work i might visit you again sometime next year.. show me more of penang then! 🙂