i was assigned by our company in a short-term project in united arab emirates, which meant i had an opportunity to visit dubai.  i have seen a shadowy glimpse of this well-known masterpiece as the plane i took from dammam landed at dubai airport and was full of excitement the day that i had a chance to see personally the tallest structure ever built by man – the burj khalifa.

the khalifa tower is located in downtown dubai, with a staggering height of 2,717 feet.  i was caught in wonder as i stared at this giant skyscraper.  i have read that it took only six years to finish construction and 1.5 billion dollars to complete.

my khalifa experience included a visit of  “at the top” , an open-air observation deck situated at the 124th floor of the building. 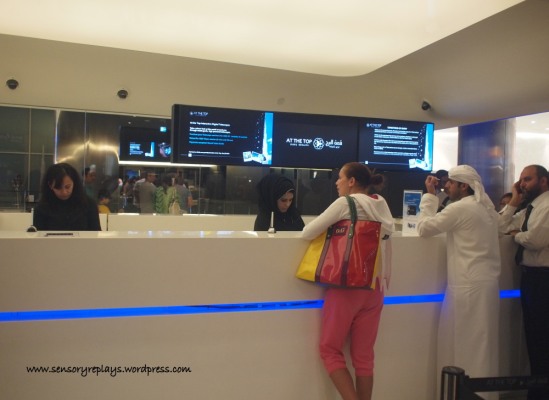 tickets are purchased near the entrance of  “at the top”, on the lower ground of the dubai mall.

there are two ticket types to the observation deck, the general admission which is dated and timed which you can book at the ticket counter or online like i did.  you just have to choose your preferred time and date of your visit.  this will cost you 100 aed.  the other ticket type is the immediate entry where you buy the tickets at the counter and proceed directly for your at the top experience. this costs 400 aed – 75% more than booking in advance.  i have seen a number of tourists paying this much, most likely they were short of time.

i got mine scheduled at 8:00 in the evening.  there is a shop beside the ticket counter were an assortment of “at the top” souvenir items are being sold, from shirts to burj khalifa figurines.  i bought some postcards to snail mail to my friends.

there was one item that caught my attention among the souvenirs – a metal bolt.

an authentic piece of high grade bolt that was used in the construction of the world’s tallest tower, and you wouldn’t believe how much this thing costs.

4900 aed.  the same price of a 13.3″ new edition macbook pro!  i see some bolts that looks almost identical as these in the rig warehouse at my work place, anyone interested to buy them from me so i can replace my old laptop to fulfill my “threatened” gadget wishlist for the year?  lol!  i can give you a special price or a buy one take one deal!

there is a part in the entrance wall with a quote from his highness sheikh mohammed bin rashid al maktoum which reads:  ” the word impossible is not in the leader’s dictionaries.   no matter how big the challenges, strong faith, determination and resolve will overcome them“. 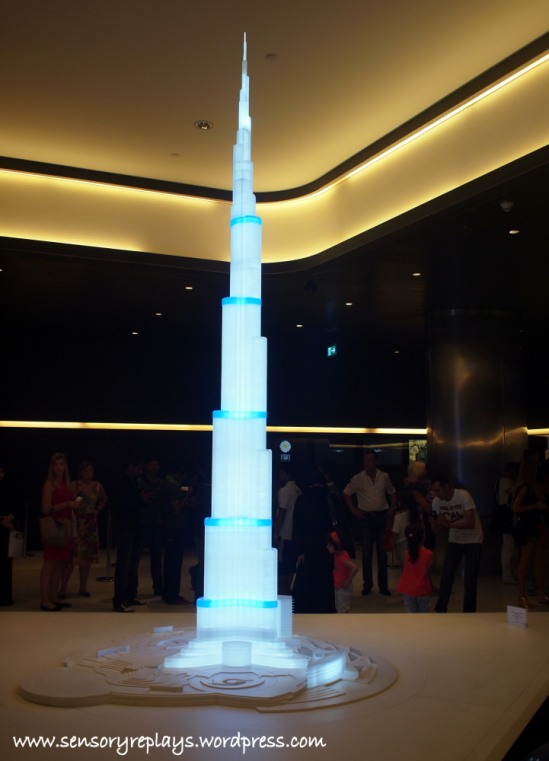 people were about to line up going to the high-speed elevators that will bring us to the 124th floor.

welcome to burj khalifa, life at the top!

from the earth to the sky.

here’s a view of the burj from the observation deck.

i was having a hard time with my camera when i was shooting pictures at the deck for it cannot focus.  blame the humidity or my ignorance to set it correctly!  this was the best i got. 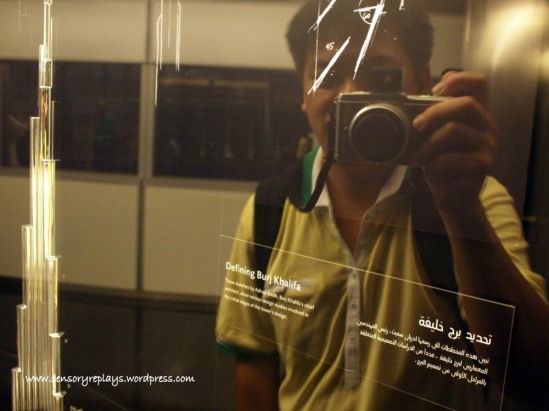 20 responses to “emirate chronicles: top of the burj”