it was my second day in delhi when i decided to start a short tour around the city.  i did not have the interest to learn about the metro or the bus rides and just thought about hopping on and off the rickshaws that populate the city streets.  the hotel reception wasn’t that helpful on giving me clear instructions on how to get to one place that i ask using public transportation for all they could recommend was the taxi service that they offer which was obviously not cheap.

i walked out from paharganj to the main road and as i stood on the roadside, an auto rickshaw driven by a sikh guy stopped infront of me. he asked me where i was going and told him that i need to go to india gate, i then asked him for how much and we both settled for 50 rupees.

it took us a few minutes to reach india gate and while we were on our way, i made a deal with “shamu” and offered him 500 rupees to go with me with his rickshaw to go around nearby tourist places of the city and he did agreed on this.  there were a number of people who were mostly locals having a morning walk at the india gate as i took pictures of delhi’s famous landmark. 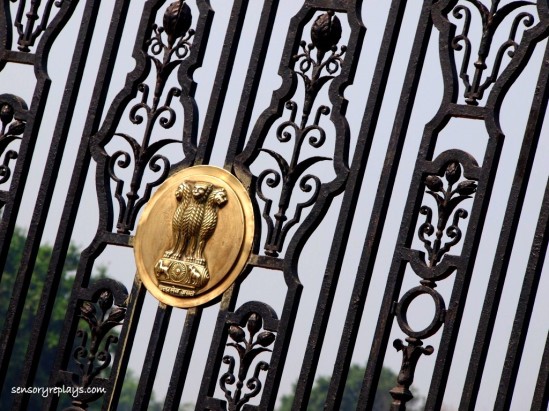 rashtrapati bhavan is a mansion that is the offical home of the president of india.  i was only able to view the presidential house from its main gate.  i am not sure if tourists can go inside though.

the jaipur column is erected infront of the building.

one of the government ministry buildings near the palace.

i spent almost an hour around humayun’s tomb.  i will blog a separate post about this place they call as “little taj mahal”.

purana qila is the oldest fort found in new delhi.  pictured above is the sher mandal, an octagonal tower which was used as a private library of humayun.  i have read that humayun died due to injuries he received when fell on the steep stairs of this observatory. 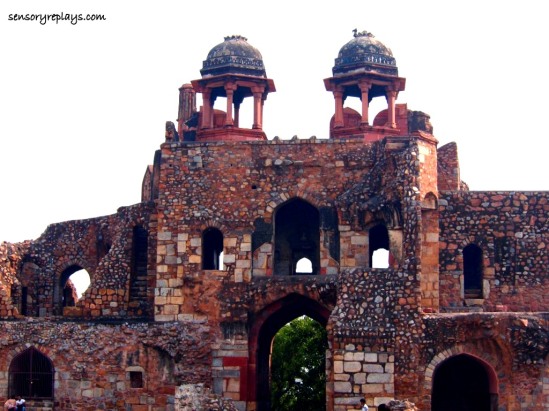 the humayun’s gate where his tomb can be seen from here.

it was a good six-hour tour and going around delhi in an auto rickshaw is quite an experience to have.

10 responses to “india chronicles: delhi on an auto rickshaw”