i intentionally planned to visit the golden triangle in india using my company provided flight ticket to manila intended for my regular days off.  two weeks earlier, i e-mailed our hr supervisor and informed him about my travel plan and requested a change of flight from bahrain – manila into bahrain – delhi.  after waiting for a week and a few follow-ups with the travel agent, i received my e-ticket.

on the day of my flight i arrived early at bahrain international airport.   comfortably, i waited at the gulf air golden falcon lounge (where i only recently found out that i can avail access even if i’m only in a low tier frequent flyer status).  free wi-fi, drinks and sandwiches were not that bad at all! 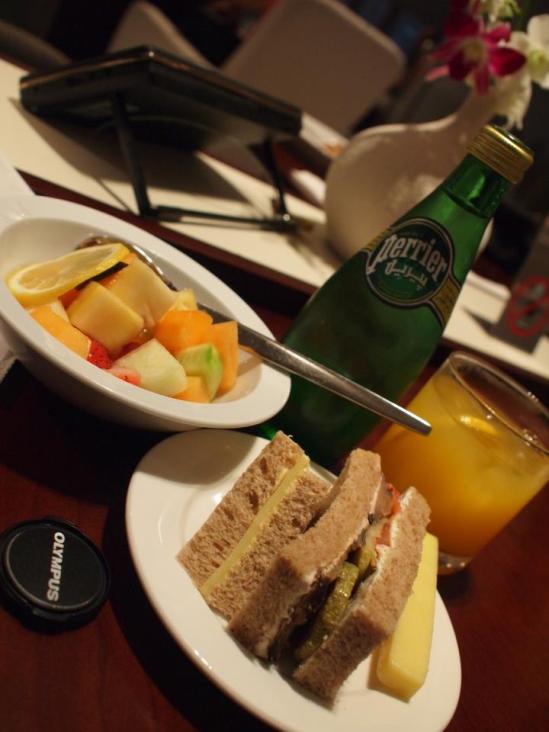 majority of the passengers of the plane were locals on their way to return to their home country.  it took nearly four hours for the plane  to reach indira gandhi international airport in delhi.  as i was walking towards the immigration counters, what greeted me were these copper discs and gigantic hands sculpture jutting out on the wall. 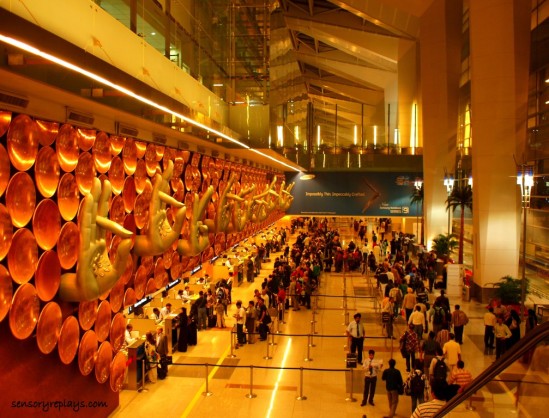 i have seen pictures of them before on the sites of travel bloggers who have visited delhi. 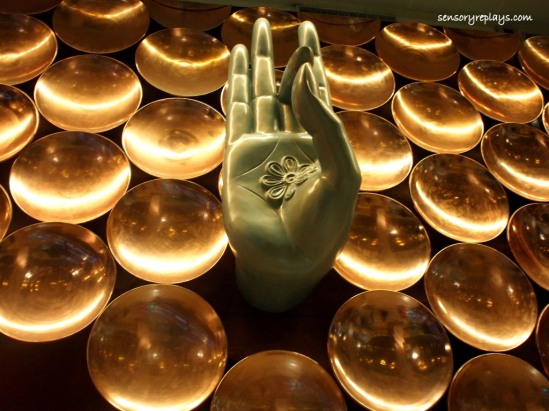 the sculptures are actually inspired by “mudras” or hand gestures common on classical indian dance.  they are made of resin, a light-weight material and the discs out of aluminum. 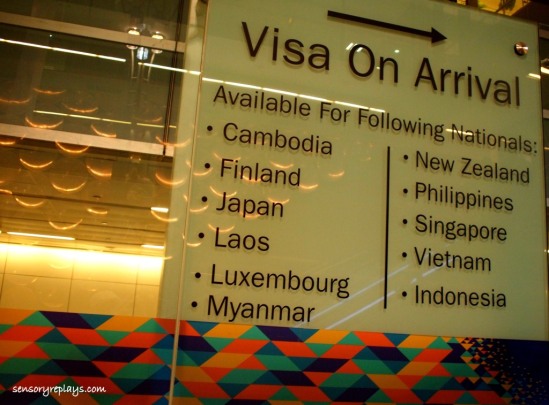 tourist visa on arrival for filipinos was granted by the government of india last january 2011.  check this link for more information on VOA in india. 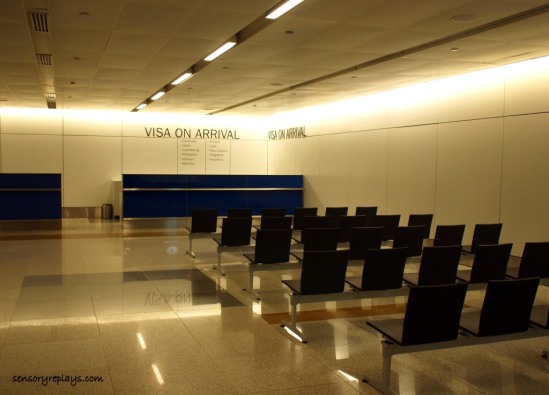 because i arrived in the wee hours of the morning, i noticed that there was no one in sight when i walked towards the VOA counter.  when i got nearer, i saw two immigration officers having a snooze as they sat slumped in their chairs – LOL!  they easily woke up from their dream-like state when i said .. HELLO!  the officer handed me a form for the visa which took me a few minutes to finish filling up.  i had all my documents ready – a return ticket to manila, hotel bookings in delhi, jaipur and agra, passport copy and two passport-size photographs.  i was not asked any questions except on how many days am i staying in the country – i told him 8 but can he write down 10 in the passport which was granted without a fuss.  i paid a $60.00 fee which is a charge for the visa and was given an official receipt. 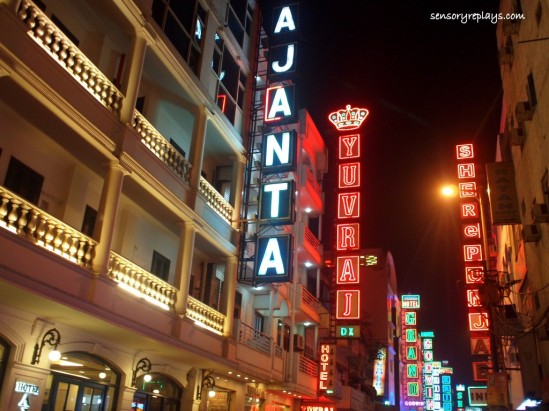 i have pre-arranged a taxi to the hotel i am staying at in paharganj which was about 45 minutes from the airport.  a first glimpse of what they call as the backpackers hotel hub in delhi welcomed me.